This robotic arm kit started out life as an ebay special but I modified it with a little longer reach and more powerful servos. The arm kit has 6 DOF and was about $40 (the servos are not included). The kit is not the best quality, some of the parts were warped and had signs of the tool marks made in the manufacturing process. 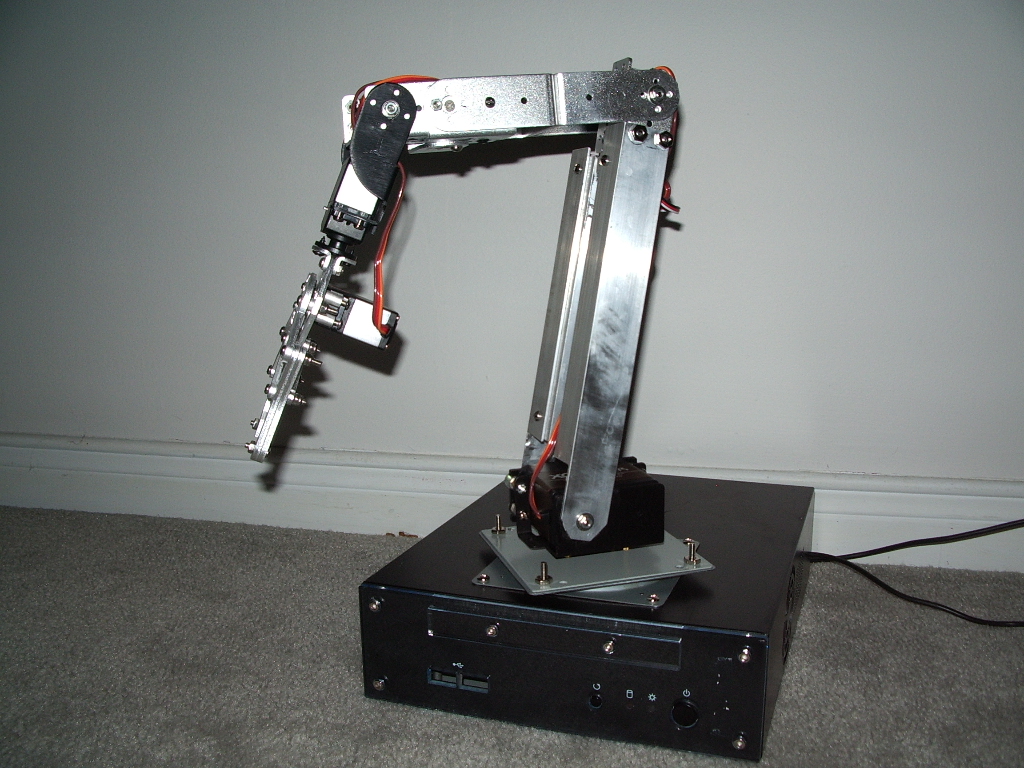 The 4 servos at the elbow, wrist and hand are XQ-S4020D. The 4 inch lazy Susan, 2 large XQ-S5650D servos and an old empty mini-PC case made up the base. Thin 1 inch aluminum angle was used to connect the larger base servo to the smaller elbow servo. I decided to convert to larger more powerful servos at the base because the length of the arm put too much loading on the small servos that the kit was designed for, not to mention any weight it would be lifting. A Lynxmotion ASB-16 servo bracket/joint was also purchased separately to position the wrist movement closer to the hand. After the modifications the arm has a 21 inch reach (530 mm). 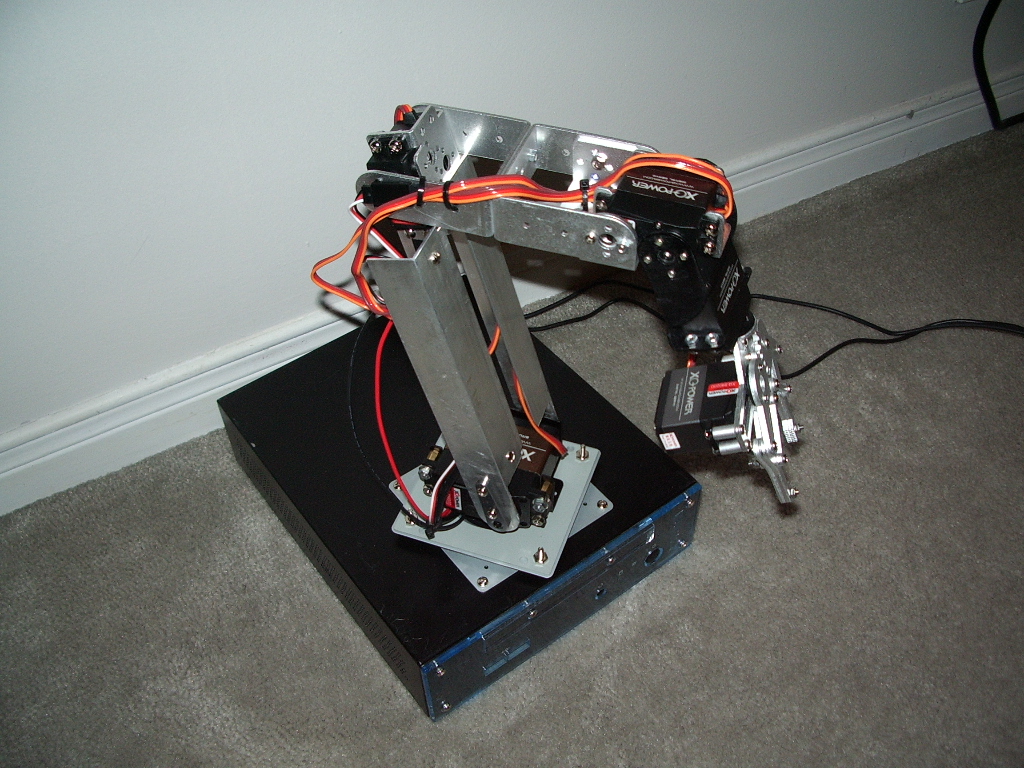 At the end of the day, I should have just bought a good quality robotic hand and bought separate parts and material for all the rest. The XQ-Power servos are a good bang for the buck but they are not compatible with any of the standard servo horns, so I had to use the horns that came with them. The servo controller board was placed on the arm instead of inside the base to reduce the amount of wires crossing at the lower joints and also reduce the number of cable extensions that would have been needed for the servos. 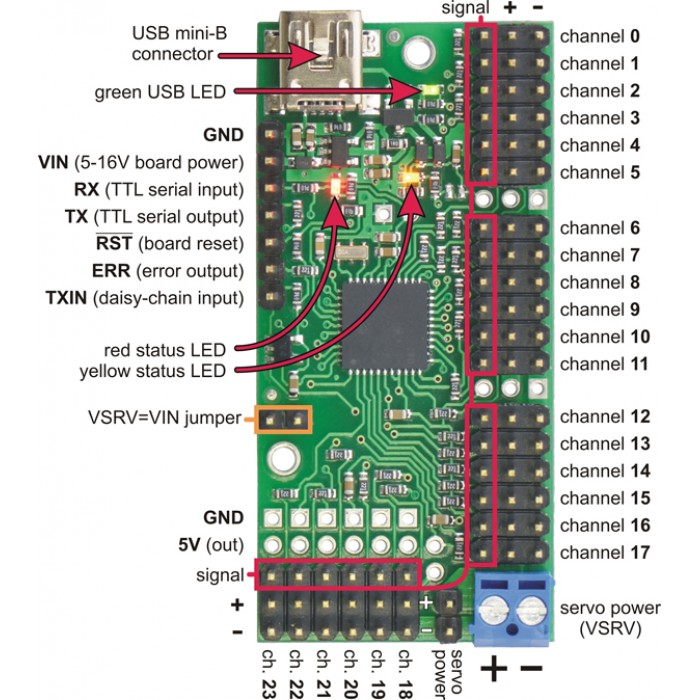 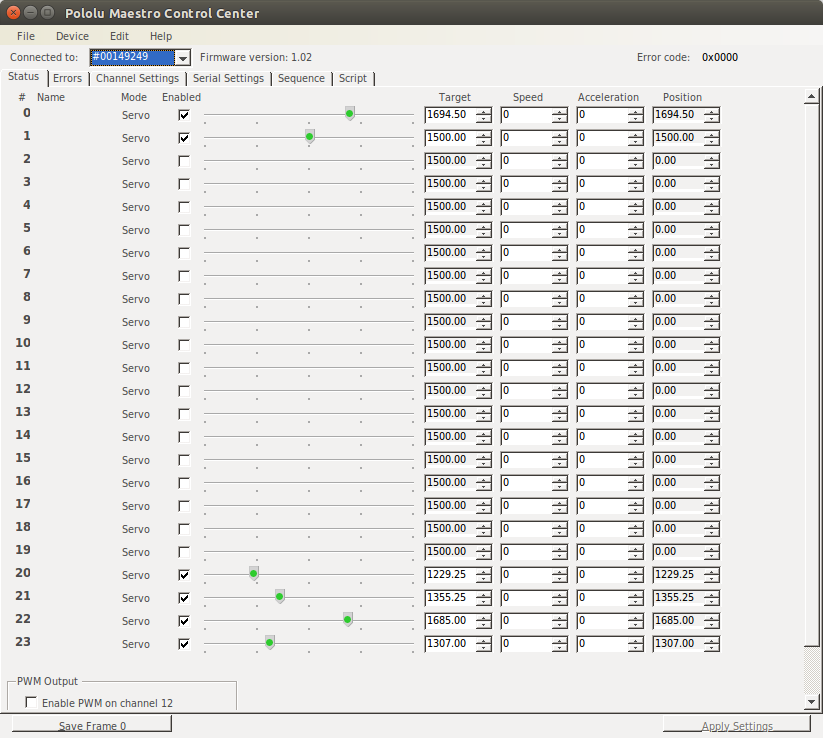 The Pololu Maestro 1356 servo controller board works as advertised and is very versatile for different methods of control (USB, TTL serial, and internal scripting). The software for the Maestro controller works well for direct control and testing, it also has a simple sequencer for programming movements.

To join the community, use the Contact Us page in About Us tab to set up your account