I saved some parts from a teardown of a couple of cheap old Lexmark printers. I got many different parts out of them that I can use for various applications, the printer head transports came in handy for this project. Although these have regular DC motors instead of stepper motors, it was still fun to assemble and get it working (you work with what you got). A pen is attached to the axis mount and could draw simple lines and shapes. It is controlled with RobotBASIC using the parallel port on a Windows computer. 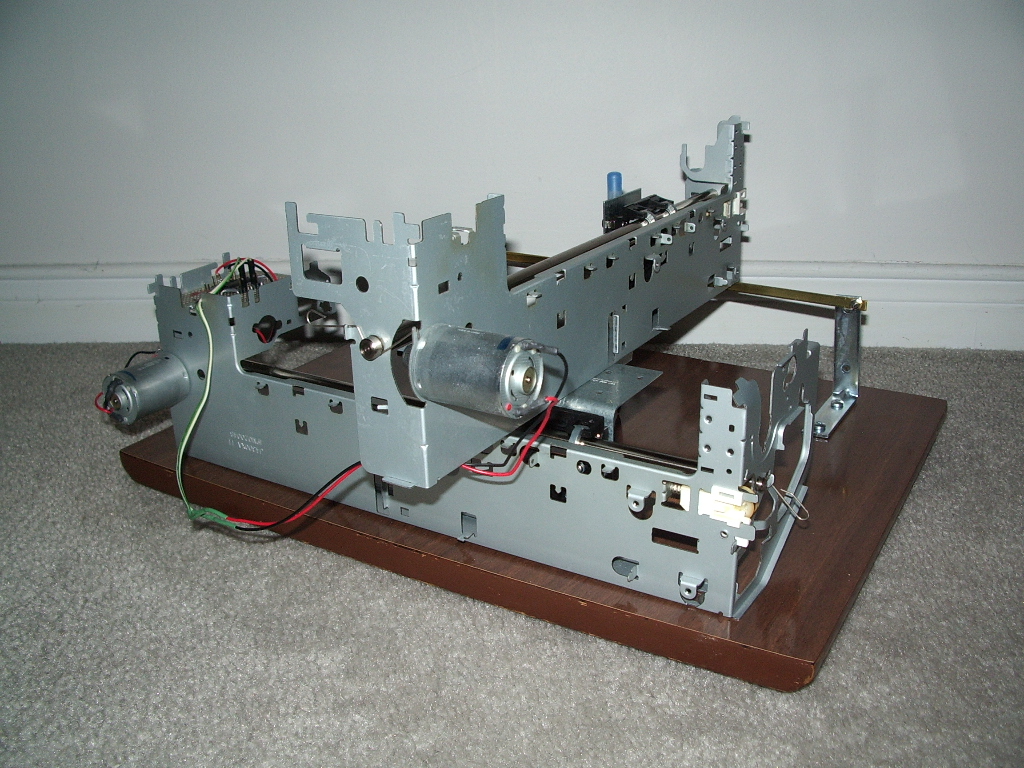 It uses a L293D H-bridge chip which runs on 5 Volts and the RS-385SH motors are powered with a 9 Volt supply, I keep the duty cycle under 50% to help the L293D from getting too hot.

In the future I can add some micro switch stops and put the optical encoder strips back on the transport with a microcontroller to add feedback to the computer. An electromagnet or actuator could be used to lower and raise the pen. The project does not have a lot of uses but it only cost me a single chip and some brackets from the hardware store and it was a quick build.